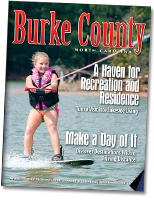 Businesses and organizations that advertised in the 2014 Chamber Directory know a good thing when they see it. They are renewing their ads for the 2015 Directory that is now in the planning stage and is set for December delivery. Most of the 5,000 copies of the 66-page full color, glossy magazine will be placed directly in the hands of persons and businesses looking to relocate to Burke County. “That said, we will also hold copies in reserve for Chamber members to use as part of their own marketing, recruiting and public relations plans,” said Jerry Davis, the Chamber’s Interim President & CEO.  Advertising rates for the 2015 publication are the same as this year. Nick Yankosky is the Project Sales Director contacting Chamber members about advertising opportunities for the next directory.

Belk of Morganton will be holding a private ticketed event with proceeds from ticket sales supporting non-profit organizations and schools in Burke County.  Charity Sale Tickets are only $5 and will give ticket holders access to special discounts of up to 70% on rarely discounted brands from 6-10 am on Saturday, May 3, at the new Morganton Heights store.  (You’ll need to show your ticket to the sales clerk to claim the special discounts.)The Chamber has a limited quantity of the tickets, so stop by or call our office to purchase yours any time Monday through Friday from 8 am-5 pm. Tickets will also be on sale at the May 1 Business After Hours at Phifer Wellness Center. Last year, Belk raised more than $10 million for education, women’s health and community organizations through the ticket sales.

It’s a question that’s never far from our thoughts: “How can I build excellence in my business and in my personal life?” 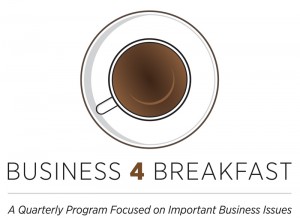 On Friday, May 9, at the next Business for Breakfast, the Burke County Chamber of Commerce and Caterpillar, Inc. will proudly present Morganton native, consultant and writer C. David Crouch who will share his acclaimed guide for mapping a clear path toward leading yourself and others toward excellence.  David is the author of the new book, The Excellent Experience – A Blueprint for Organizational, Team and Individual Success.
Steven M. R. Covey, one of the business world’s best-known advisors on trust, leadership, ethics, and high performance, has said, “Nobody understands the science of excellence like David Crouch.”

Following his presentation, David will participate in a panel of leaders from several Burke County businesses who will share some of their tactics for building excellence, dependable service, customer loyalty and high quality in their products and services.  Copies of The Excellent Experience will be available for purchase and inscription by the author following the program

The event will be held from 8-930 am in the Ervin Community Room at Grace Ridge Retirement Community, the 2014 sponsor for the quarterly Business for Breakfasts.    A large crowd is expected, so early reservations are encouraged. The event is free for Chamber members but reservations are required, so please e-mail djolly@burkecounty.org or call the Chamber at 437-3021.

The Excellent Experience provides a model for creating excellence that resembles building a house. There are four main sections – the raw materials, the foundation, the structure and the roof.  The raw materials include effective leadership, the right people on the team and a strategy for execution. The foundation of the “house” includes a mission, a vision, principles and standards of behavior. The structure depicts five pillars of performance that guide strategic planning and provide balanced clarity of focus: quality, service, people, growth and finance. The roof represents three levels of performance that must be measured – individual, team and organization. When these elements are effectively assembled and deployed, the excellent experience emerges.

Originally from Morganton, NC, David currently works with Caterpillar Inc. in Peoria, IL, as a senior consultant helping organizations around the world create environments of excellence.

Need some energy at the end of your work day? 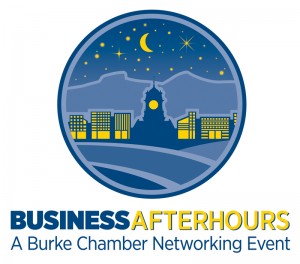 Then make plans to enjoy a healthy blend of fitness, food, fashion and great door prizes at Phifer Wellness Center for our next Business After Hours.  It’s all set for Thursday, May 1, from 4:30-6:30 pm.  Supporting Chamber members include Belk of Morganton, The Tea Tree in Glen Alpine and Morganton Natural Foods.

“We’re inviting all our fellow Chamber members to bring a friend to Phifer Wellness Center for this special event. Come as you are after work or bring a change of clothes,” said Shea Rostan, the center’s manager.  “We’ll have something for everyone. Whether you’re already physically active or just want to explore how to live healthier, you’ll have a fun and relaxed time at this Business After Hours. It will be a great opportunity to network in an informal setting, too, so bring your business cards.”

“In addition to all the activities we have planned, we will have tours of our 26,000 sq.ft. facility, one of the largest centers of its kind in Western NC,” she added. “We are really looking forward to having Belk of Morganton, Morganton Natural Foods and the Tea Tree join us for this event.”

There will also be drawings for some great door prizes, including a one-year member-ship to Phifer Wellness Center, massage sessions, a  juicer, men’s and women’s athletic shoes, personal training and logoed PWC gear. Tickets for Belk of Morganton’s Charity Sale on May 3 benefiting area non-profit organizations and schools will also be on sale. Phifer Wellness Center is located in Morganton on the campus of Grace Hospital (Carolinas HealthCare System Blue Ridge) at Exit 105 off I-40.

Business After Hours is free to Chamber members, but reservations are required to help sponsors plan the event. Please call Dorothea Jolly at the Chamber at 437-3021 by 5 pm on Monday April 28, so you don’t miss out!

Chamber members’ opinions on government are as diverse as their businesses, based on the results of the 2014 Legislative Survey.

The closest that members came to consensus was that both Washington and Raleigh are moving in the “wrong direction” on laws, regulations, taxation and other government oversight of business. On a 10-point rating scale of right-to-wrong direction, the state, at 6.4, fared slightly better than its federal counterpart at 7.9.

To see a broad sampling of these suggestions and to read a more complete report of survey results,

During February 2014, the Burke County Chamber of Commerce conducted a survey of the membership to determine their perspectives on the overall direction of state and federal governments regarding the business sector and legislative priorities for Washington and Raleigh. The following report of findings Includes representative comments from the survey on questions 3, 4, and 5.

1) Please indicate on a 1-10 scale whether you believe changes in FEDERAL laws, regulations, taxation and other government oversight of business are generally moving in the right or wrong direction (with 1 being “Right Direction” and 10 being “Wrong Direction”).

2) Please indicate on a 1-10 scale whether you believe changes in NORTH CAROLINA laws, regulations, taxation and other government oversight of business are generally moving in the right or wrong direction (with 1 being “Right Direction” and 10 being “Wrong Direction”).

3) In order of importance to you, please list your top three concerns or issues at the FEDERAL level affecting your business or industry. Results in order of prevalence:

Healthcare  – Including “ObamaCare mandates,” overall costs; impact on small businesses, complexity; uncertainty, no real competition for plans in NC, mental health disparities, cuts to Medicaid and Medicare, “both parties need to work together” )

4) In order of importance to you, please list your top three concerns or issues at the STATE (i.e., NORTH CAROLINA) level affecting your business or industry. Results in order of prevalence:

Education – Teacher salaries and raises, cuts in education, need more accountability for school systems budget and curriculum, need more options for students who are not college-bound,

5) If the North Carolina General Assembly and/or the State of North Carolina could enact one change that would have the most positive impact on your company’s ability to create jobs, what would that change be? 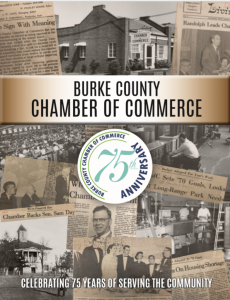